quote:Originally posted by Richard Lambert
Don, quite a few people have told me all about Snake. I did my research. And I found it amazing that no one had anything bad to say about him. When I finally got the chance, breeding to him was a no brainer.

JUST DIED YOUNG AND SEMEN GOT HUNG UP

I am right here Richard I will be calling you. Great idea man. Didn’t know there was Snake semen out there. Crossing Zack on Rusty females or Rusty on Zack females was something that work.

All I can say is wow. Why am I
Not surprised at this post. Richard your the man!


"If a dog can't tree a Coon by itself with out another dog or the owner walking it over a track it ain't a COONDOG".

"Without Grit You Can't Have A COONDOG"

“I finally got er done” Seriously?? You didn’t do ****, fact of the matter is you just got lucky. I hope they make you the best coon dogs out there. You deserve the best for all your hard work!!

Brett, look at the date on that first post, Jan of 2014. It didn't happen overnight. But you are right, I had a lot of help. 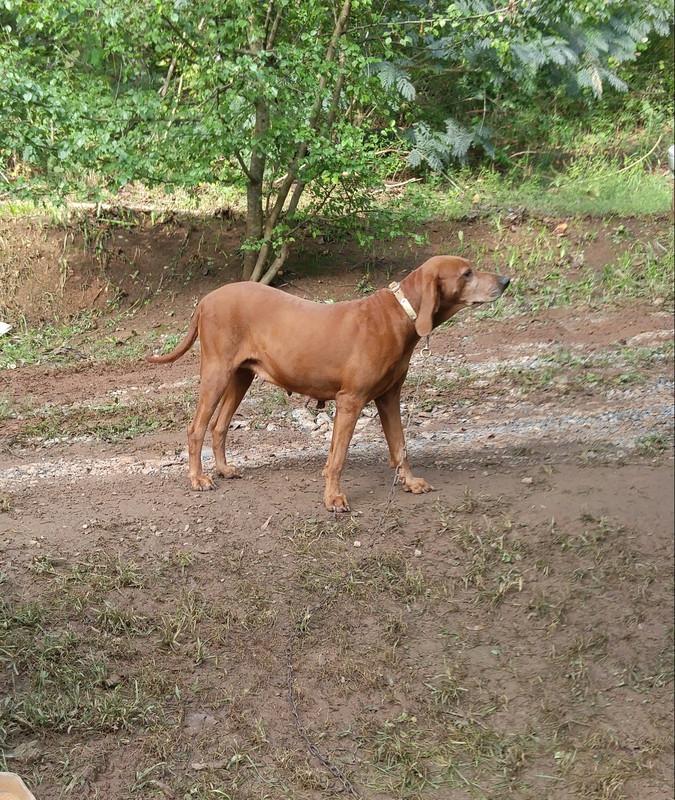 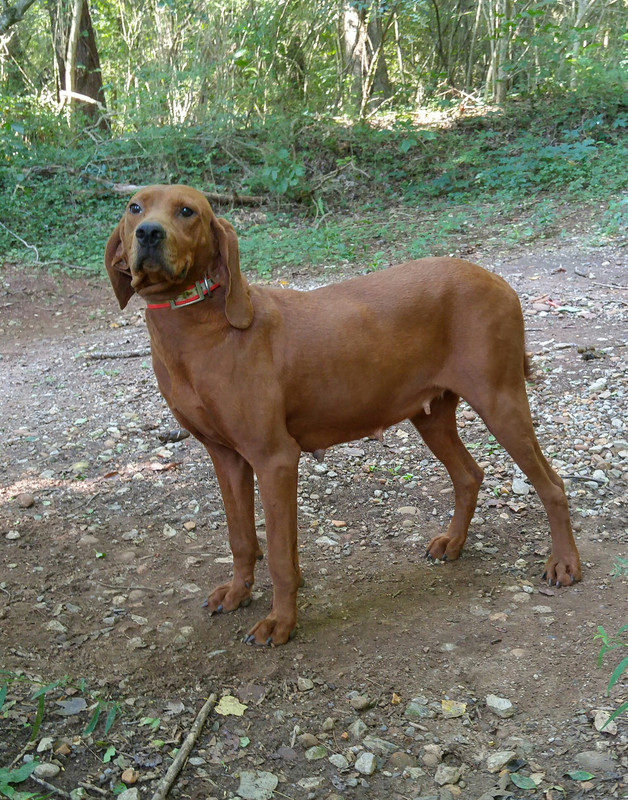 I'm going to need you too slow down and wait until I'm rich, too many good crosses.

Just a young PR female that I had out in my backyard. Man with the semen wanted to use it on a young female that had never been bred before. They had tried a couple of nice older females but couldn't get any pups.

Oh my goodness, look at what I have done to my pretty little show dog..... 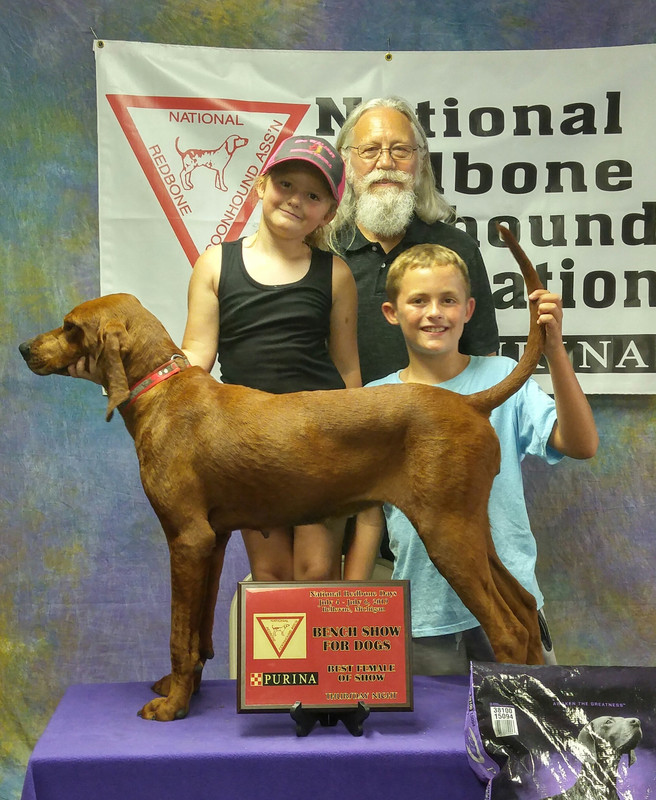 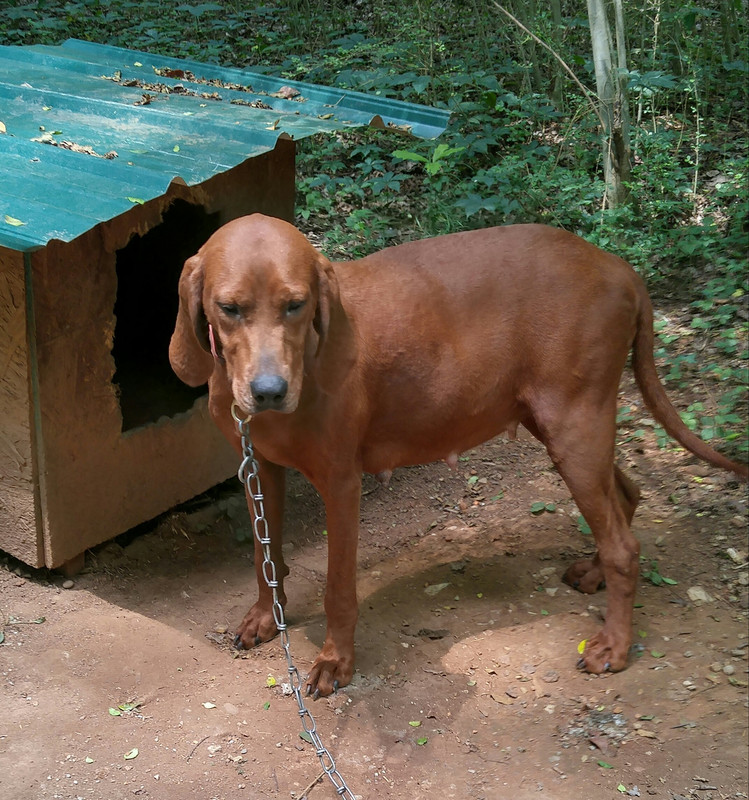 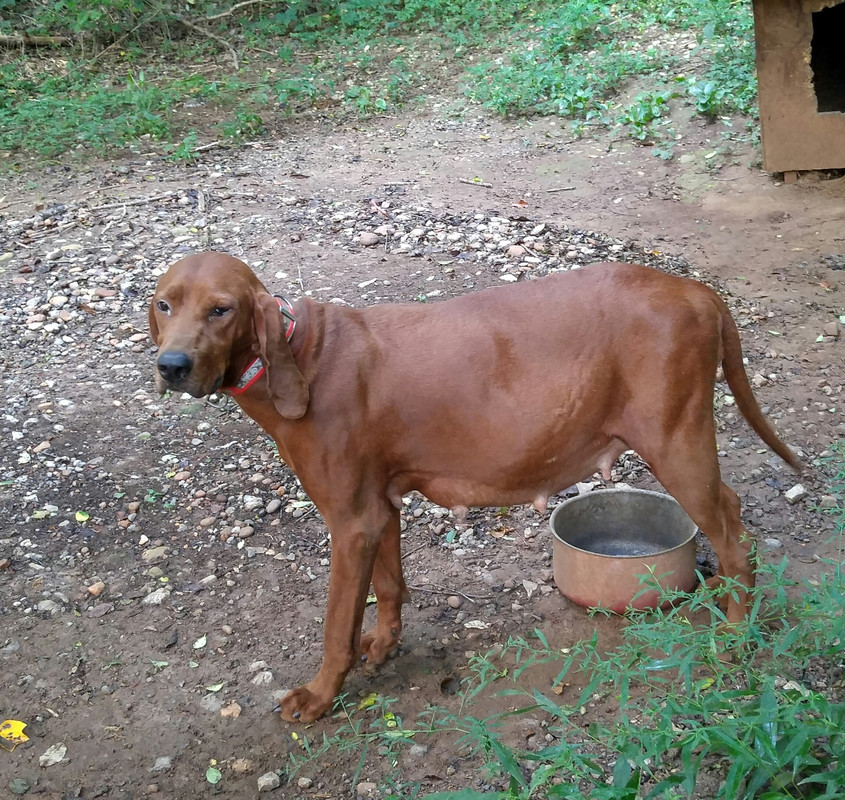 hsbc branch near me

KIMBERLY WILL PROBLY WANT ONE 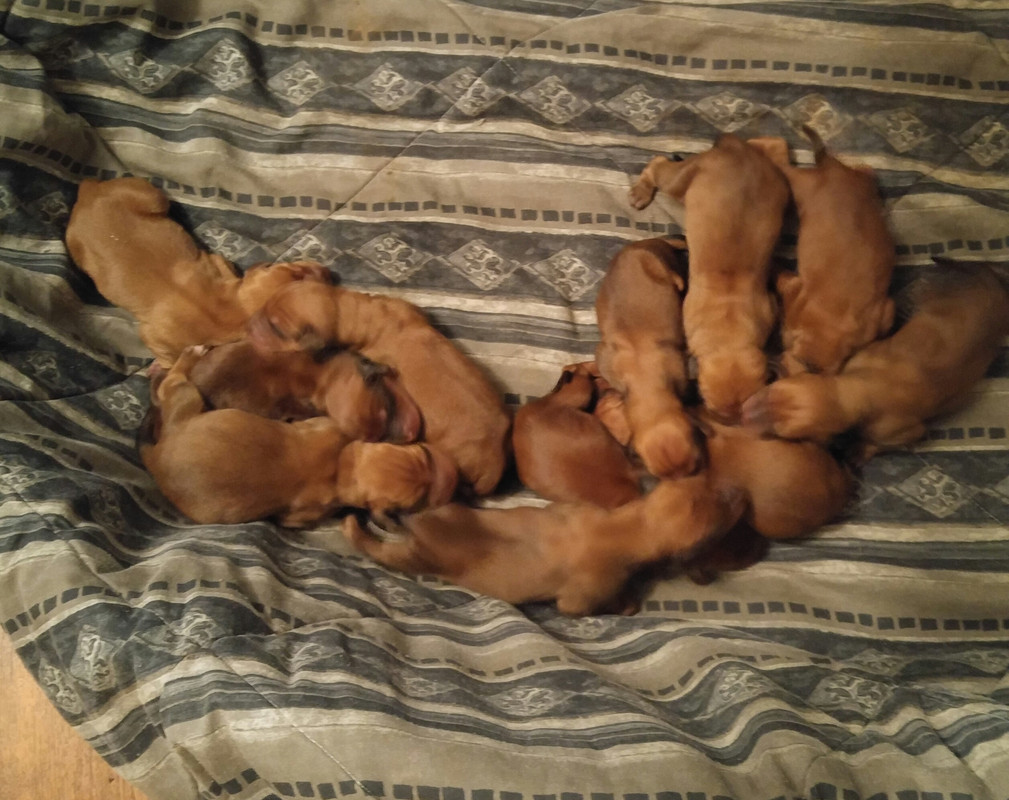 Thats a bunch of puppies right there!!Good luck with them my friend!!

quote:Originally posted by oklared
KIMBERLY WILL PROBLY WANT ONE

...Not enough blueticks on them for Brother Kimberly these days

In the late 80's through most of the 90's, at one time or another, I got to walk along in the woods with most of famous Stud Dogs of that era and see how the dog and just as importantly, how the handler operated.

I have never owned a male red dog but I would have owned this one if I hunted males. He was a loud, radical, bug eyed tree dog, and for the most part a coon dog before a year of age. Harold had too many to keep at that time and I told him to call Alger Morgan as I new he was looking for something special. Before he had a chance to that, Kimberly Clark called him and bought the dog.

This was special animal that never really had a chance to breed any females. Richard got it done after years of trying and spending THOUSANDS of dollars of his own money in the process. Whatever he sells these pups for, he will not come close to recouping what he has in this litter. This female that was bred is a very nice dog.

Snake was one of my all time favorite young dogs. I did not hunt with him as he matured but had several big time, well known Walker men tell me he was the best Red dog they had ever seen at that time.

Things have changed and we have many, many good Red dogs today to think about breeding our females to or buying a pup from thanks to the hard of many individuals on this board.

If I were in the market for a pup, I wouldn't have to think long about picking up one of these pups.

For what it's worth everyone still talks about the Hayes dogs here. He lived just across the border from me in Kansas but the old timers all remember the Hayes dogs. Keep in mind these are walker boys commenting on a red dog is rare. But they are knew the Hayes dogs. Guess they were tough as nails. Zack was about 20 miles from me but I never saw him go.

Copperhead Red and Timber Rattler are still milling around at the tree. I can't wait for our season to open so that I can knock one out on them. 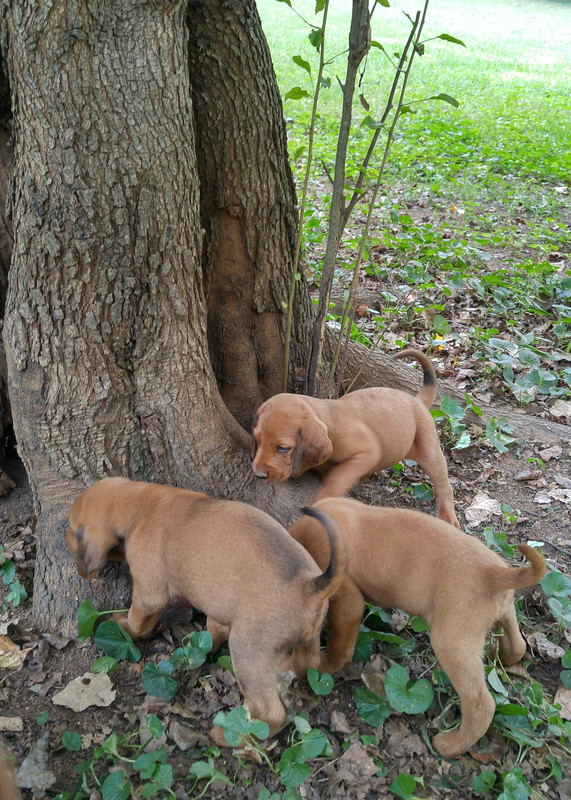 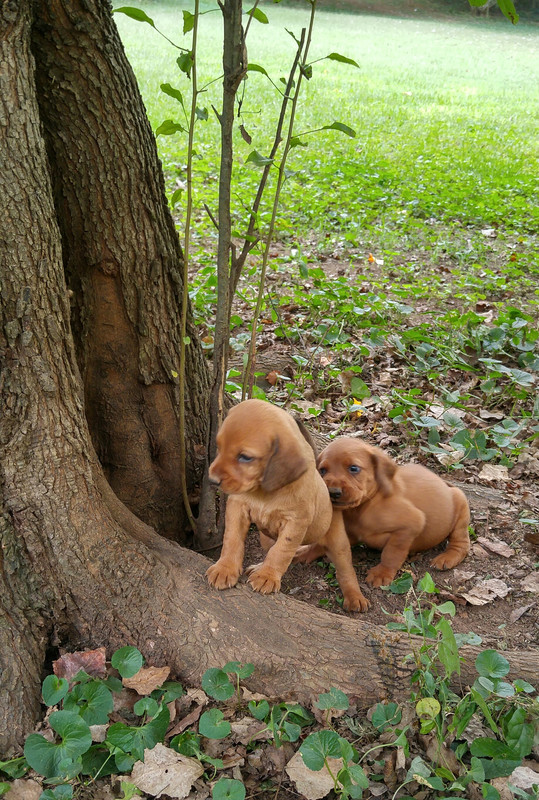 Oh my goodness, it was a beautiful Fall day in Tennessee so I went for a walk in the woods today. Here is King Cobra locked down with his toenails dug in. 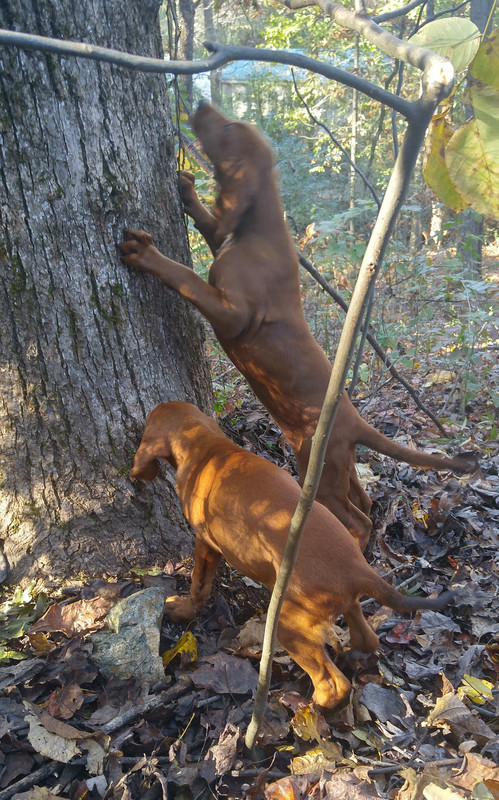 Sorry if there is any confusion, I have gotten several calls and texts but these pups are not for sale. They belong to Rex Griffith but he just hasn't picked them up yet. Here is King Cobra yesterday... 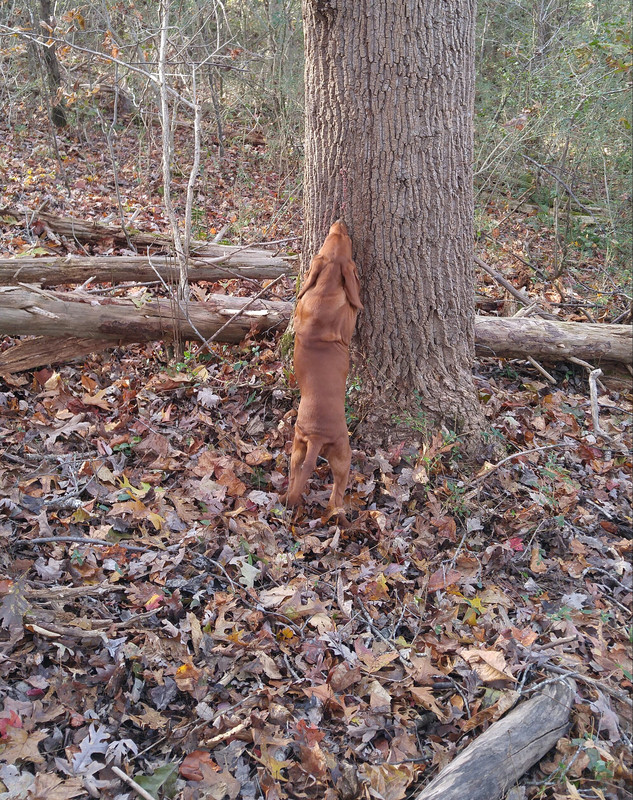 I got a chance to take them hunting again yesterday. I got a good video of them trailing a drag and then one of them treeing but I can't post videos. 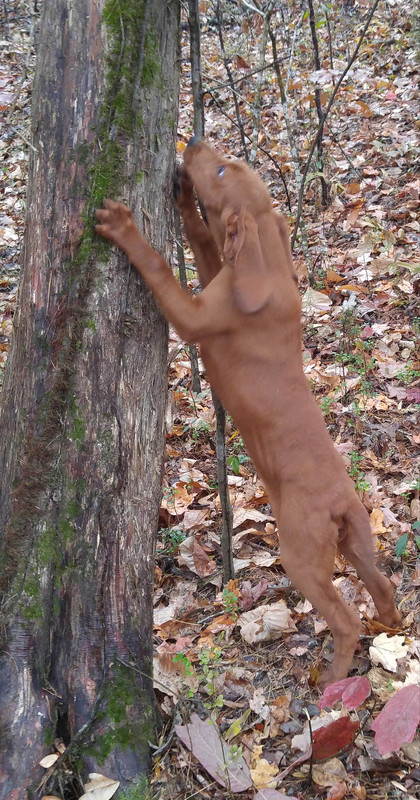 I like these post. A man that enjoys messing with pups can usually train a dog. That's the reason kids have such good luck with pups.